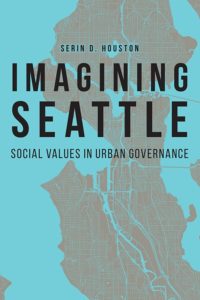 I grew up in rural, northern Vermont, a place where the rolling hills descend into windy riverine valleys, where hillsides of maple trees burst forth in orange, red, and yellow in the fall, and where meteor showers sparkle against dark skies. If we walked together through this place, I could show you the depression in the bedrock and the mossy grove where my friends and I used to build forts. I could take you to the spot where I buried various pets growing up. I would invite you to soak in the view that my husband and I gazed upon as we exchanged vows and married. Stepping off the contemporary trails, I could point out the old barbed wire and rusty sap buckets from the dairy farm that preceded my family’s presence on the land. We could talk with neighbors about the varied work that they do, and the engagement with land and place that sustains them and our community. We could visit the town’s welcome sign, which states “Chartered in 1781,” and speak about the violent dispossession of lands and territories from the Abenaki, people who inhabited Vermont then and still do today. As we moved through the stories woven into this place, you would know that this is where my heart and spirit sing.

With such an affinity for a rural place and community, you might wonder why I spent time in Seattle city departmental offices, municipal archives, and meetings. I went to Seattle because this city is also a profoundly storied landscape, one where residents describe in exacting detail favorite local coffee shops and restaurants, where “the mountain” (Mount Rainier) figures prominently in depictions of the place, and where changes in the built environment elicit reflections on the loss of Seattle’s soul. I wanted to learn these stories and inhabit some of the dynamism of this place. In the aftermath of the protests at the 1999 World Trade Organization ministerial meetings and the declaration of a state of emergency in the city, I was curious about how city employees and residents alike recast Seattle. What different narratives emerged in this context? What work unfolded to reclaim status as a politically progressive place? Having learned about Seattle through other research endeavors and past years living in the city, I returned to dig beneath the surface of the hip, liberal, and “cutting-edge” veneer to examine the translation of sustainability, creativity, and social justice into practice. I was particularly interested in how such efforts often end up inadvertently reproducing inequities. Must this be so?